At the same time, because the relevant capacities are fallible and may be masked by other internal and external factors, this account allows for beliefs to be routinely formed and held in epistemically sub-par ways. However, extant accounts have not yet considered the role of the developmental niche in moderating this function of emotion. In this talk I introduce a novel framework that explains how emotional dispositions develop in individuals using tools drawn from dynamical and developmental systems theory.

Focusing on the case of anger, I use the framework to explain how a series of early experiences of abuse or hostility can lead an individual to experience anger habitually in later life. Many think of this in terms of mental simulation. However, this widespread view fails to explain the possibility of empathy with people with radically different backgrounds — which is often when the presence or absence of empathy matters most. Empathizing with radial others, I suggest, is an interactive process that leads to the constitution of a shared perspective; it requires an interrelated network of habits, including those often described as intellectual virtues.

But a counterpoint approach to suffering and empathy co-existed in the writings and philosophy of the medieval philosopher-theologians known as the Scholastics.

These men, who took their intellectual inheritance from the Stoics of the ancient world who extolled the virtue of apatheia—freedom from emotions , were skeptical of empathy for its emphasis on feeling over rational thought. Studying Scholastic approaches to the practice of almsgiving and the foundation myths of the Christian religion, including the fall of humans and the evil angels, we can see their concerns articulated.

For the Scholastics, empathy or in Medieval Latin, compassio could derail rightful judgment and the course of moral action. There are those today in the fields of legal studies, moral philosophy, and anthropology who would agree. Carolina Flores is a graduate student in philosophy at Rutgers, New Brunswick. She works primarily at the intersection of philosophy of mind and social epistemology.

Her work takes a broadly naturalistic approach and draws on psychology, neuroscience, dynamical systems theory, and developmental systems theory. In the future, she hopes to apply this framework to understanding the developmental origins of health and disease phenotypes. Her other philosophical interests include predictive processing models of mind and Buddhist philosophy.

Elena is currently acting as a sessional lecturer at the University of Sydney and as research administrator for the Theory and Method in Biosciences lab at the Charles Perkins Centre directed by Paul Griffiths. She has previously worked in the government sector as a policy analyst, and as a researcher at the Australian Institute for Public Policy and Governance and the Practical Justice Initiative University of New South Wales. His research examines the background significance of the body and the environment in perception, cognition, and action.

He develops his philosophical thinking by drawing on various philosophical traditions, including phenomenology, pragmatism, embodied-enactive approaches to mind and cognition, and Japanese Zen Buddhism. His specific research topics include skill, habit, sociality, pain, and consciousness.

Her primary project is a study of the attribution of emotions to demons in the High Middle Ages, and associated with this is a study of the role of the European demonic in colonial responses to the Australian landscape.

But isn't dealing with irrational emotions part of healing? And it can be done, the Macmillan team managed it! The following case is without question the most shining act of selfless bravery that I have ever witnessed. The patient in question was a year-old gentleman Mr SS , who had suffered a C5 spinal injury in his early 20s. 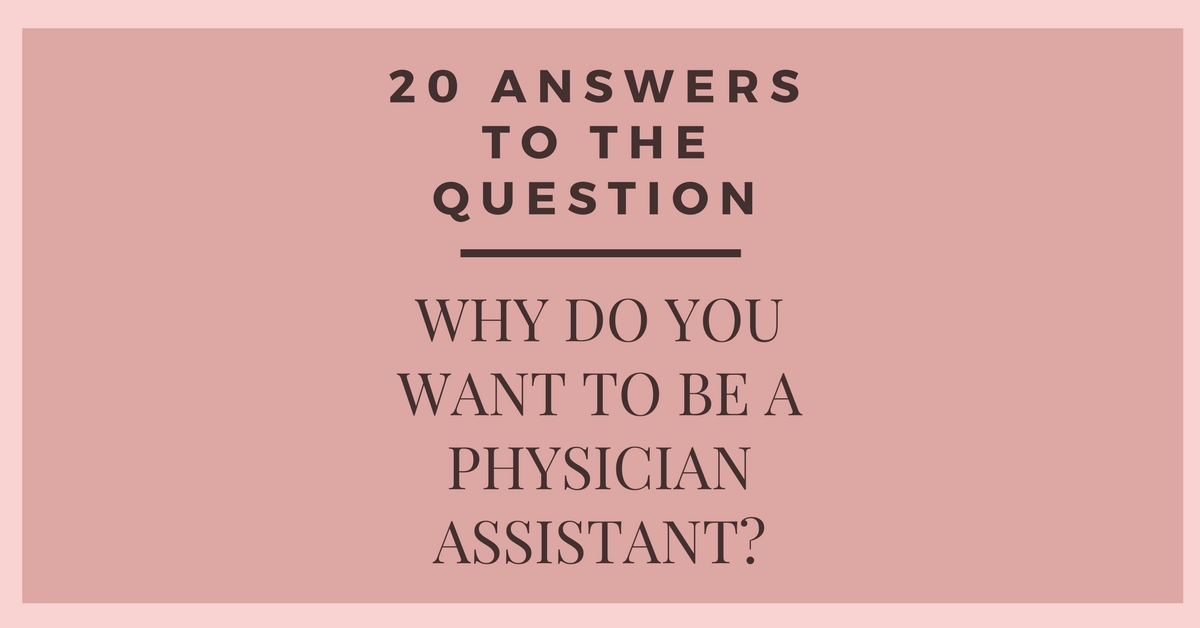 He required invasive ventilation and the subsequent long respiratory wean resulted in a tracheostomy. His recovery was blighted again and again with repeated respiratory infections. It soon became clear that he would never be able to successfully wean from the ventilator and surviving this admission was looking less likely by the day. Several difficult conversations followed during which Mr SS expressed his opinion that being ventilator dependant and the further anticipated gradual respiratory decline would not provide him with a satisfactory quality of life.

Mr SS made the decision that he would like the ventilator support to be withdrawn. He also declared his desire to be an organ donor. Over the course of the next week, several more conversations ensued between Mr SS, the medical and nursing team as well as the expert input from the SNODS specialist nurses in organ donation team.

When the Customer Is Stressed

Once capacity and consent issues had been clarified, a withdrawal and organ retrieval plan was decided and documented. Ventilatory support would be withdrawn later that day, once the organ retrieval surgical team had arrived. I came on for the night shift at 8pm to receive the ICU handover. There were no specifics to the plan documented, just to provide symptomatic relief post withdrawal. Slightly alarmed by this, I went to speak to Mr SS and review the 'plan'. Despite the tracheostomy, after such a long ICU stay, we were now able to communicate pretty clearly with each other.

I was amazed at how calm, how at peace he seemed. In fact, he seemed positively jolly, definitely the happiest I had seen him since meeting two months previously. Even more surprisingly he remained in this upbeat state even after I explained my concerns to him about the 'plan'. I was worried about how distressing the symptoms of sudden withdrawal would be.

I was also acutely aware of the thin legal line that I would be treading, premedication measures would have to ensure his own respiratory drive was maintained at the point of withdrawal. Mr SS actually ended up reassuring me about the plan. I noticed he had a solitary bottle of lager on his windowsill.

The neuroscientist Antonio Damasio explains how minds emerge from emotions and feelings.

He had been deemed 'feed at risk' by SALT, but with all things considered I thought the benefits now outweighed those risks! I offered to chill it in the staff fridge whilst I discussed my withdrawal strategy with the on-call consultant. Whilst waiting for the organ retrieval team, I watched from a distance as Mr SS with help from his nurse enjoyed his beer, surrounded by his loved ones. He was tranquility personified, despite knowing that the surgeons could arrive at any moment and then soon things would all be over.

It was incredible to observe. At near midnight, the time finally came.

Speaking to Mr SS alone I went through the plan again and gave him one last chance to change his mind. He looked me dead in the eye, smiled and mouthed to me 'get on with it'. Mr SS passed away 15 mins after the ventilator was withdrawn, surrounded by those he cared about most. He was strong and dignified right to his last breath. I like to think that with the pre-emptive and symptomatically administered drugs, he suffered very little, if at all.

I hope so anyway. It was one of the very rare occasions that I momentarily wished the law permitted us more allowance to avoid unnecessary further suffering.


Mr SS successfully donated both of his kidneys, his heart valves and his corneas, transforming the lives of several unknown, no doubt very thankful individuals. I felt incredibly well supported by all involved, but I am not ashamed to admit to shedding a tear or two later that night whilst in my on-call room. I did so again whilst sipping my own beer several days later, after finishing that run of shifts. Cheers Mr SS. During my first week as a foundation doctor, we found out that my dad's renal cell tumour had metastasised to his liver, lungs and bone.

By the time I started my final FY1 job in respiratory, he was reaching the end of his life.

I was fortunate enough to receive overwhelming support from my team and educational supervisor, enabling me to get home to spend the last two weeks of his life with him, and to help my mum care for him. I found some comfort in the fact that my dad had a peaceful death surrounded by the people he loved the most, but all too soon I was back at work, caring for other people's relatives.

For me it was the year-old man who came in short of breath the week after I started back at work. I stood with the registrar as she broke the bad news to him and his family. She was excellent and ticked all of the 'breaking bad news' boxes that get drummed into us during our training, but there was no disguising the facts - he had cancer, lots of it, and there was likely no curative treatment. Later that afternoon I had a rare moment of solitude in the usually busy doctors' office, writing discharge summaries.

There was a knock on the door and my patient's year-old daughter came in. She needed to talk to someone she said, she had some questions. With a sinking feeling I invited her to sit down, and she burst into tears. How was she going to cope without her dad, she asked me.


How were here two younger siblings going to react? How would her family survive without their rock keeping them all afloat? I was unusually speechless. Here was this girl about to go through exactly what I was going through, but I was her dad's doctor, not her friend. How was I supposed to answer her? I've thought about that moment a lot since that day. Should I have immediately found someone else to talk to her and answer her questions? Or was I in fact the best placed person to provide her with the support she so desperately needed? As a doctor I wanted to explain that her dad needed more investigations, he needed to be seen by the oncology team and very probably the palliative care team and they would sort out what medications he needed, and provide the family with information regarding the support they needed, where to get it and when.

As a daughter I wanted to tell her that losing her dad would be the scariest thing that had ever happened to her, but she would get through it, and she was strong enough to support her family too. I felt confident that the positives far outweighed the negatives after considering these aspects and advice from talking to various doctors I came across.


At 17 like I was, you are very young at it is a massive decision to comprehend and make. Looking back 5 years on, I feel the only way to be sure is to get as much experience and insight into the profession as possible. Of course this applies whether you are 17 and at school, or if you are 32 and working in industry.